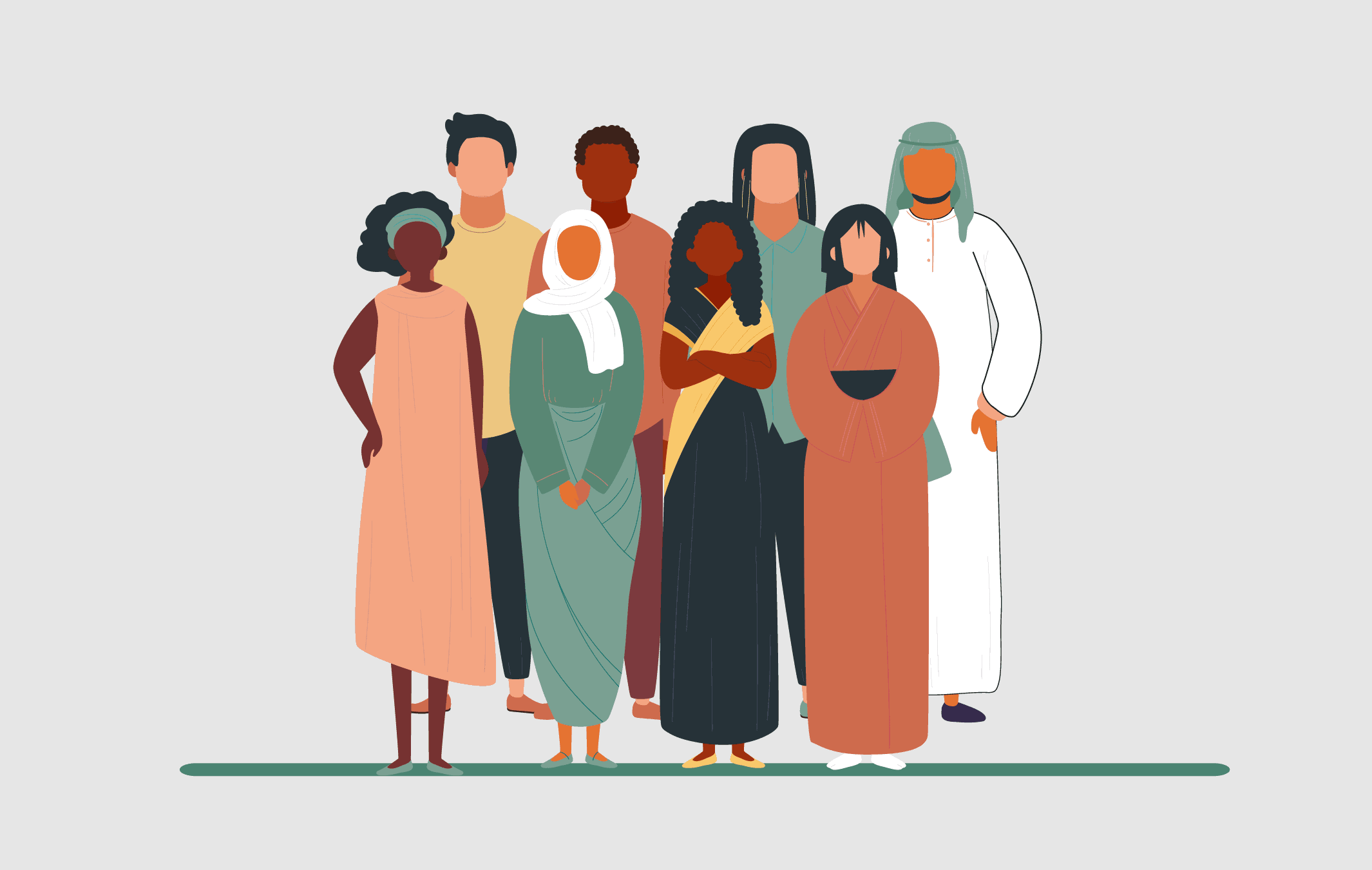 Next, came a rather public revamp of policies and initiatives intended to make the Romance Writers of America more diverse and inclusive.

Four months later, the Romance Writers of America board suspended Milan for a year and banned her from ever holding a leadership position in RWA. (Days later, the board announced it was taking no action against Milan, and Davis has since said she was encouraged by RWA to file the ethics complaint.)

After Milan’s suspension, members started speaking out on social media, taking her side in the fight. Members called for the then-new president’s resignation. Many left the organization and several board members resigned. Members have said that board was the most diverse the association ever had.

The backlash led to a rebuilding of the Romance Writers of American into RWA 2.0: an organization built around the core principles of diversity, equity, inclusion and access.

“A lot has been a challenge because it's been so public,” Romance Writers of America’s Executive Director Leslie Scantlebury said in a phone interview. “In many ways — and rightly so ... we've been scrutinized because we have said in the past, ‘We’re making changes, we want to be better,’ and in many ways we’re not” following through.

Scantlebury said the association’s board of directors were having discussions about diversity, inclusion and things RWA could be doing to make the industry a better place for authors of color before its race and inclusivity issues started getting attention.

It just so happens the changes began just before Black Lives Matter protests and conversations about racism, injustice and equity began intensifying around the world.

For associations, now is a perfect time to take a step back, analyze policies and bylaws and make changes to those that protect — or even promote — inequality.

“This is a watershed moment,” said Tina Johnson, the associate provost for faculty and diversity affairs at the University of New Orleans. “It's a time for transformation ... and there is this desire for change. There is an opportunity there that I don't think organizations should take lightly. They should take a step back, assess and calibrate and go for real change.”

Change, Johnson said, starts with conversation. But it can’t end there.

The Romance Writers of America brought in outside help — Michelle Silverthorn, a diversity, equity, and inclusion expert and founder of Inclusion Nation — to help shape the organization into a more inclusive professional space for its members.

“Many boards before had been talking about what could be done, steps that needed to be taken,” Scantlebury said. “The discussion was happening internally, but we needed a different perspective. Our board members and staff were not diversity consultants, not experts in the field.”

Not every association will need to bring in an outside expert, Johnson said, noting conversations can and should start with a leadership team discussing how culturally competent their organization is.

But that conversation has to do more than simply identify the number of minorities on staff. It should center around: “To what extent is the organization competent enough in dealing with and understanding and bringing in and ensuring our underrepresented minorities are part of us,” she said.

Then, invite other members or employees to the conversation.

“The conversation among leaders is just to make sure they are all on the same page in terms of their knowledge,” Johnson said. “Different leaders will be different in how they approach things, but it’s good to be aligned in the vision, mission and value of a company or organization.

They all have to be on the same page to show there is this concerted, strategic effort and it’s not just one VP or supervisor doing this.”

Diversity is about more than race

Diversity within an organization means more than having a racially mixed board or membership base. Equity and inclusion should also be part of it.

“Sometimes when we talk about diversity, we’re only thinking in terms of different cultural and social identities and perspectives,” Johnson said. “Sometimes, that’s where the conversation ends. But equity and inclusion are important aspects we need to pay attention to.”

Equity means parity and fairness exist within the organization, she said, and inclusion means members have a sense of belonging.

“Do you communicate in a way that makes them feel they are indeed part of your organization, or are they there to make sure they are visible for all to see?” Johnson said.

The nonprofit Romance Writers of America has more than 9,000 members with 100 local, international and online chapters. Its annual meeting regularly draws over 2,000 people.

Scantlebury took the helm at RWA at the height of the association’s renewed commitment to change. She was appointed RWA’s interim executive director in February and took over the position permanently May 1. She joined in 2008, left for about a year at the end of 2018 and came back last November — just as things were heating up.

She posted a message to members shortly after taking over that said the association was not rebuilding, but “starting from scratch to build an organization where our members feel safe and supported.”

“This requires cultural and systemic change. To create this change, we need a strong Board in place to set the strategic direction of the organization,” she wrote. “We need members on committees to help move us in that direction. We need to strengthen our relationships with our chapters and the support we offer them. And that’s just a beginning.”

Since she’s been back, Scantlebury said members for the most part have been supportive of RWA’s changes.

“They've been clamoring for change,” she said. “They emailed and called asking how they can be part of the change, what they can do to help. That said, of course there have been some members who have expressed change isn’t needed and they’re happy with the way things are.”

The association canceled its annual 2019 RITAs, an awards ceremony that recognized excellence in published romance novels and novellas, after several judges and entrants dropped out. The group described the award as “the highest award of distinction in romance fiction.”

In a news release, the organization said “many in the romance community have lost faith in RWA's ability to administer the 2020 RITA contest fairly. The contest will not reflect the breadth and diversity of 2019 romance novels/novellas and thus will not be able to fulfill its purpose of recognizing excellence in the genre.”

In May, the association retired the RITA and introduced a new award, The Vivian. Named after RWA founder Vivian Stephens, the award will recognize excellence in romance writing and showcases author talent and creativity.

Stephens created the Candlelight Ecstasy line at Dell Publishing and published the first category romance novel by a black author that featured black characters, according to Publishers Weekly.

In June, the Romance Writers of America revived advocacy efforts to demand payments due to authors from Dreamspinner Press. The publisher has failed to pay royalties to several authors — in some cases amounting to tens of thousands of dollars.

“Previous advocacy on this matter did not properly or fully address the issues, leaving many members unsupported,” the RWA said in a statement on its website. “This is unacceptable and antithetical to our mission, and the board and staff are committed to doing everything we can to support our members now to the greatest extent possible.”

As they were making changes and renewing advocacy efforts, Scantlebury and the RWA board has tried to be as transparent as possible — advice she said she’d offer to other associations planning a policy overhaul.

“This has always been a members’ association,” she said. “We want them to understand why these changes are being made, and where possible, to have input from them to what’s happening as well.”

Be a commander of change

As organizations move forward with conversations around diversity, Johnson said association members are in a unique position to be influencers and agents of change.

“Through the association membership, they've got a network that they can leverage,” she said. “They can take whatever knowledge or information they gain through the membership back to their companies and organizations and be advocates for change.”

Association leaders should realize the importance of recognizing something needs to be done, and having the motivation to get it done, Johnson said.

For organizations and associations that have been on the front end of social justice issues and making changes, Johnson said they need to remember to speak up. Don’t assume members and employees know about the initiatives, she said.

And don’t stop there.

“There's always something we can do better,” Johnson said. “You’ve got the momentum here. So what better time than now?”