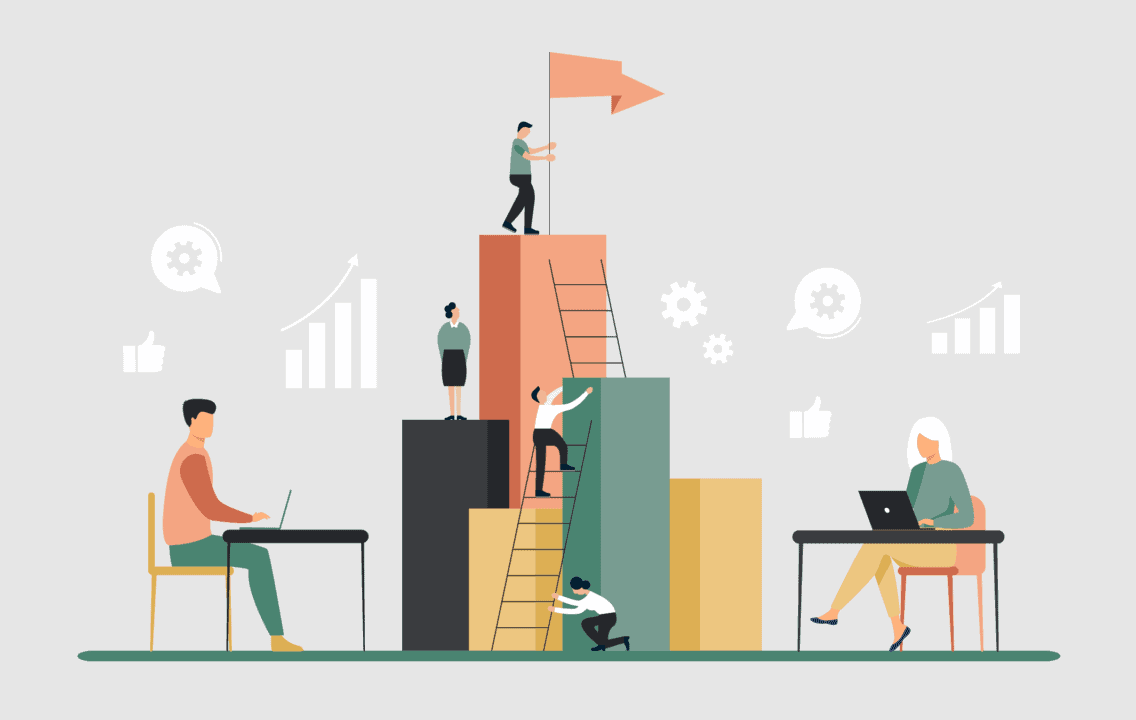 Launched in August 1997, Netflix first became popular as a mail-order DVD service with an ingenious membership strategy. With stable rates, no cancellation fees, and an unprecedented selection, Netflix has attracted nearly 70 million subscribers to date.

However, Netflix no longer prioritizes its original mail-order DVD rentals. Instead, the company has gone through multiple phases of innovation that have radically changed its core offerings — all without straying from its original mission.

Here are three ways Netflix's mission has kept the company agile over time:

Netflix’s mission statement doesn’t mention DVDs. Instead, the company strives to be “the best global entertainment distribution service.” That has allowed Netflix to pivot from DVDs to streaming, and from streaming to original content.

In the future, Netflix could offer anything from video games to live sports, all without straying from its core mission.

Rather than making specific claims or promises, your mission statement should promote long-term adaptability. Like Netflix, your organization should announce a simple, yet highly ambitious goal that provides enough flexibility to remain relevant for decades.

When past generations envisioned entertainment in 2020, they imagined everything from virtual reality to interactions with artificially intelligent robots. Though these things remain far from mainstream, one thing does remain certain: New technology will continuously change the way we live, work and communicate.

An organization’s mission should serve as a guiding light, illuminating the best ways to apply emerging technology in service of its core goals.

In Netflix’s case, this meant shifting away from its iconic mail order DVD rentals as new technology made it quicker, easier, and cheaper to distribute entertainment to a global audience.


With streaming technology firmly established, Netflix’s focus is now on producing original content — sometimes in experimental formats. In 2019 Netflix made waves by introducing interactive programming with an episode of the popular sci-fi show Black Mirror.

Your association might not be in the business of producing choose-your-own-adventure television shows. But you can leverage powerful technology to host virtual events, launch automated newsletters and widely distribute your content.

When you know exactly how technology supports your mission, it can become a vital tool for long-term growth.

Even with a well-formulated mission, your organization will likely arrive at crossroads over the years. Faced with creative, innovative options for growth, you’ll have to choose the best path forward.

That’s when data about who your members are and how they behave can become invaluable. Paired with a smart mission statement, data about your members will clarify opportunities for future growth and shore up the case for innovation.

From the start, Netflix has collected and analyzed data about which movies and television shows members watch and rewatch to generate suggestions for programs they might enjoy. The longer members subscribe and the more they engage with the platform, the more the algorithm will reward them by suggesting new discoveries tailored to their preferences.

Similarly, your organization might leverage data to connect members with new products and services; predict members’ future engagement; and identify gaps that can be filled with innovative solutions.

Without a flexible, open-ended mission, membership organizations can quickly lose their way. By crafting the right mission statement, leveraging technology, and digging into analytics, you’ll be well on your way toward building a lasting legacy.

Heather Nolan is a marketing specialist at Sidecar. A former journalist and social media manager, Heather lives in New Orleans with her husband, son, and grumpy rescue dog.

Everything You Need to Know About Virtual Onboarding

Is The Traditional Work Day Broken?