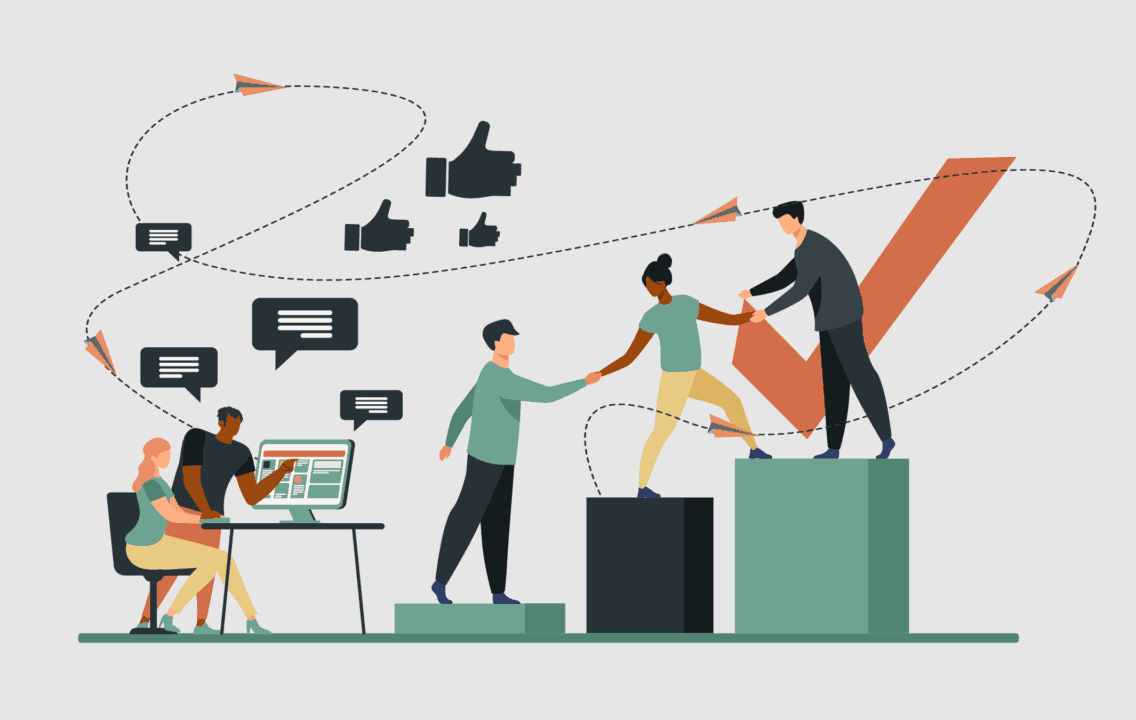 When we think of any organization, its leaders are often top of mind. Hear “Apple” and you think of the late Steve Jobs. Someone mentions “OWN” and you’re going to think of Oprah Winfrey. It’s hard to separate the leader from the thing they lead, which can be to both the detriment and the benefit of an organization.

What does strong leadership look like, exactly? What kind of leaders do associations need to ensure their success?

During a SURGE Forward panel discussion entitled, “¡Adelante! It’s Time for More Hispanic, Latino, and LatinX Association Leaders,” Latino leaders offered ideas about what good leadership looks like — and how to increase diversity within an association.

Danielle Duran Baron, Staff Vice President for Marketing Communications at the School Nutrition Association, moderated the discussion. A native of Brazil whose first language is Portuguese, Baron said, “This panel was put together to highlight the inclusion in the Latino community. We are diverse by design.”

Celia T. Besore, the Executive Director of The Monitoring Association, was born in Puerto Rico. Her mother is from Spain, “so I share some of the immigrant story about coming here to succeed,” she says.

Juan Amador is the Constituent Director for American Medical Colleges (AAMC). Amador was born in Honduras and said people often tell him, “You don’t look Hispanic,” to which he says he is Honduran. “I’m proud of my heritage,” Amador said.

At the time of filming, Justin Reyes was the Director of Business Development for the Associated Builders and Contractors Association in Kansas City. He shared with a smile that he doesn’t speak Spanish but is of Latin heritage.

“We have all heard that the future of this country is Latino,” Baron said. “There is plenty of research out there. … (It’s reported) that by 2050, 50 percent of the workforce in this country will be Latino.”

Besore believes resilience and tenacity are the keys to good leadership.

“Leaders have to be resilient and they have to be tenacious.” Besores aid, citing the COVID-19 pandemic as an ongoing challenge for her organization and others. She said, though, “I know in my own association, we were – thank, God – very successful last year, but it took all of us being tenacious and working hard and not giving up.”

The hardships faced by Puerto Ricans, Latinos, and other immigrants encourage that resilience, too, Besore said. She recalls how after Hurricane Maria, Puerto Ricans banded together to support each other during that tumultuous time. Besore also mentioned that oftentimes immigrants work two or three jobs to better their lives, support themselves and their families. So for people who live the immigrant story, tenacity and resilience are often hallmarks of that experience.

The Need for Collaboration

Amador loves to collaborate and bring the best of what he can share. His upbringing was influential in that worldview because the family unit in Latin culture is potent and powerful, he said. Thus, collaboration with others feels inherent.

“Part of the collaboration that I focus on is making sure that we have diversity,” Amador said, because it’s “important to include different perspectives.”

But these kinds of collaborations take special effort.

“When you collaborate,” Baron said, “there are things that you need to work through. And that is part of what we need to talk about – these are all learning opportunities.”

Amador agreed, and said he often asks himself: “How can you bring the best of you to what you do?”

On a recent project for work, Amador realized he was the only Latino voice there. He took this responsibility seriously, saying, “When you’re the only one in that room, you tend to represent your community.”

For Reyes, good leadership is all about inclusion and commitment.

“When I think about inclusion, I see my mom. I remember the things that she did in terms of being inclusive,” he said. “Always making sure that everyone who was at our home was taken care of, that they had what they needed.”

Placing others’ needs before her own was how Reyes’s mother lived her life, and now he brings that mentality with him to his work and thinks of putting customers and members first.

While his mom was a role model for inclusion, Reyes said that his dad was an example of commitment.

Baron said, “I think it’s so important for us as association members to understand it’s members first. It’s about empathy. Meeting them where they are, (and asking) what are their needs?”

Concepts like inclusion and commitment can go a long way in creating an influential association culture that values all voices. Asking about and thinking about members’ needs are helpful ways to approach association work.

How to Overcome Hurdles

Each of the panel’s speakers shared hurdles they’ve had to overcome personally and professionally. As a result, it’s made them stronger advocates for diverse talent.

In particular, Reyes said, “The Pipeline” — that is, the route to leadership —  presents an opportunity for others to advance and succeed. But access to it is crucial. Baron affirmed that it’s important to be “allies and advocates for representation,” strengthening the pipeline for Latinos.

“Having access to a career outside the norm,” said Reyes, is made possible by this idea of a “pipeline.”

Reyes realized as a young person that he had a “shallow network,” illustrating this by sharing a story about how his family was often within his immediate reach for academic help and things like car repair assistance.

“At the same time, there were limitations,” Reyes said, on what connections and solutions his family was able to provide.

He got involved in membership-based organizations because of what they could offer and how he could help. “We provide community, we provide access,” he said. “I’d have to go out there and find someone to help bridge that connection.”

When it comes to diversity, Baron said, “It all goes back to membership. You want that connection. We hear a lot: ‘You can’t be what you can’t see.’” When representation is lacking, it hurts the Latino community on a holistic level.

A diverse organization begins with the job interview: Hire diverse people to have a diverse workforce. “If your organization lacks diversity,” said Reyes, “go out and find it.”

Reyes underscored the importance of lifting others up, too.

“Right now, I volunteer as a leader within The Young Latino Professionals of Kansas City,” Reyes said. “And guess what? This is a premier organization of young Latinos and Latinas in Kansas City. Are you meeting with these people?”

“Being able to attract those people adds more diversity to your association,” Besore said.

And Amador emphasized the importance of starting early with the pipeline. “In my community, there was no pipeline – you just went to school,” he said, but it’s important for young people to have access to social capital.

The Power of Mentorship

“Mentoring is not something that I learned or grew up with, so it’s taken me a while,” Amador said. “Mentoring comes in different ways – it can be informal, it can be formal. Keeping the focus on the LatinX community: Why would someone need a mentor?”

Access to information, Amador said, is a key part of mentorship. “I’m a big believer in not recreating the wheel – if someone can teach me how to avoid a pitfall in the professional world, that’s huge!”

Amador credits mentors with instilling key information for him as a young professional. “I had a mentor who said to me, ‘If your meeting starts at 10 am, and you’re not there by 9:45 am, you’re late! Be the first one in the room.’”

Mentors help guide you and look at failures from a growth mindset, seeking out the lesson first and foremost.

“I’m taking all those lessons that I learned and I’m sharing them with the LatinX community,” Amador said.

And it’s never too late to have a mentor or to be one. Besore didn’t have a mentor when she was coming up in her career, but she has informal “peer mentors” now, like Amador. Citing the need for “navigational support,” Besore said it’s crucial to act as a sponsor and an ally for others.

“You need outsiders to help (the Latino community) get some visibility and get that light shined on us,” she said.

“I think if you’re in the position (to help) and you see someone young, you think: ‘Maybe they don’t need to necessarily be struggling,’” Baron said. “Build that relationship with them. You end up gaining much more than you give.”

“Ask the right questions when you seek a mentor,” Amador said. “Surround yourself with people who will make you excellent. People who will elevate you.”

Does Your Association Need an Accessibility Specialist?

Does Your Association Need a Chief Digital Officer?