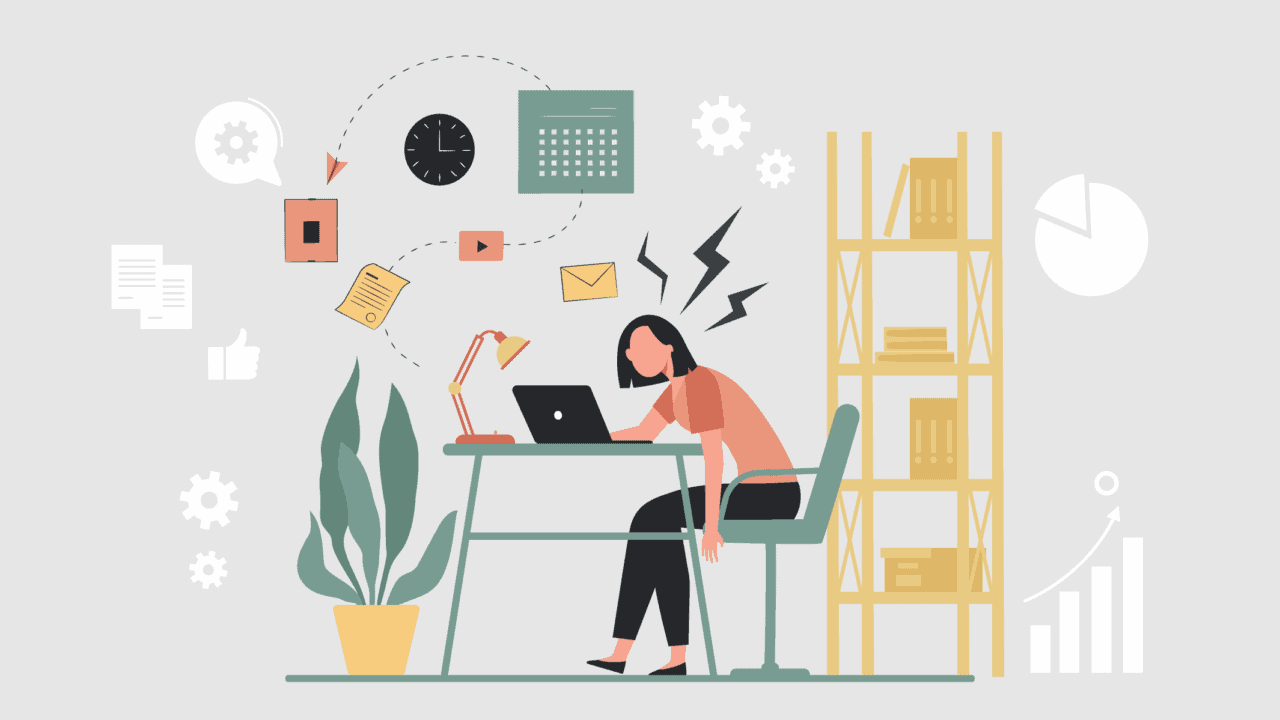 Since 2015, the Women in the Workplace study from LeanIn.Org and McKinsey & Company has been the largest study on the state of women in corporate America. Over the years, this data has been invaluable for understanding the roadblocks women face in the workforce and finding opportunities to empower them. For the 2021 study, much of this data focuses on the impact of COVID-19 along with an emphasis on diversity in the workplace.

While women made gains in terms of representation in leadership roles, the challenges of the last year and a half have also had a disproportionate impact on women.

1. The broken rung is still keeping women out of senior management

When it comes to corporate jargon, most people know of the glass ceiling. However, a more apt metaphor for women trying to attain leadership roles is climbing a ladder. And as identified in the 2019 study, the first step on that ladder, representing entry-level management roles, is the “broken rung” keeping women out.

Data found that for every 100 men promoted to managerial positions, only 86 women were promoted. And those positions become even more scarce when it comes to women of color. Only 17% of women in entry-level managerial roles were women of color.

And as we look further down that pipeline, representation becomes scarcer. Women only make up 24% of C-Suite executives and of that, 4% are women of color.

According to the study, 42% of women say they have been often or almost always burned out in 2021, and burnout has gotten to the point where women are considering major changes. This includes either downshifting or leaving the workforce altogether for 1 in 3 women.

But why is that the case? In some instances, it’s as simple as women doing more for their team when in leadership roles.

For starters, they’re taking on more of the workload to help give their team more flexibility and downtime. With many organizations dealing with the effects of the Great Resignation, there is a surplus of work and a shortage of workers, and women are the ones picking up the slack in many organizations.

Similarly, women are more invested in the well-being of their team. Whether it’s a simple check-in or a more involved dynamic where they’re providing emotional support. This means teams with women in leadership roles are more likely to have happier staff, less burnout and fewer resignations.

However, even with this involvement in the well-being of their teams, women are still facing microaggressions at every turn. According to the study, 36% of women in senior leadership roles are interrupted or spoken over and 20% face comments about their mental state.

3. Women leaders are setting the tone for DEI

After a year dealing with a pandemic, social unrest and changes in the political landscape, 2021 was poised to be the year where diversity, equity and inclusion took center stage. Unfortunately, the Delta Variant had other plans and more organizations found their teams continuing to stay remote.

While they’re doing much of the heavy lifting, that work is still not being recognized. According to the data, 70% of organizations say DEI work is critical, but only 24% are receiving formal recognition. In other words, while many organizations believe this work is important, they’re rarely celebrating the work that is done on a daily basis mainly by women in leadership positions.

Additionally, women of color, LGBTQ+ women, and women with disabilities are twice as likely to spend time working on DEI work - even though they’re the most underrepresented demographic in these positions. One way to combat this is by finding and empowering diverse leaders in associations.

4. Less support and more challenges for women of color

While the last year should have been an improvement on racial equity in the corporate world, the data still suggests women of color are facing microaggressions at similar rates as they were two years ago. More than 60% of Black women have been personally affected by racial trauma in the last year, especially in situations where they are “onlys” – the only woman and the only woman of color in the room.

Othering behavior takes many shapes and forms, which can make it common for women of color to feel alienated in an organization.

These higher rates of microaggressions are also paired with a lack of allyship in an organization. Based on the data, 77% of employees consider themselves allies, but they rarely do the work nor do they understand what allyship is.

Allyship actions that employees of color consider critical can include:

However, these actions are rarely taking place, which is causing a disconnect between employees of color and their organization. For example, while women of color consider mentorship as a top priority, their white counterparts are not giving it the same weight.

In many cases, this is why when asked how they feel about their organization’s stance on DEI initiatives, pessimism is the prevailing sentiment.

There is a path to progress

While there have been improvements over previous years, the findings of the study should be cause for concern. Fortunately, there is a path forward with actionable steps that will not only empower women, and women of color, but also create healthier and more inclusive organizations across the board.

In part two of our Women in the Workplace analysis, we’ll take a closer look at these steps and what organizations can do to move forward.

Jose Triana joined the Sidecar team as the Content Manager in 2021. He is a writer and creative focused on helping purpose-driven organizations learn and find value online. When he isn't working on content, you can catch him going for a run or resting with a good book.

How Associations Can Move the Needle on DEI Initiatives